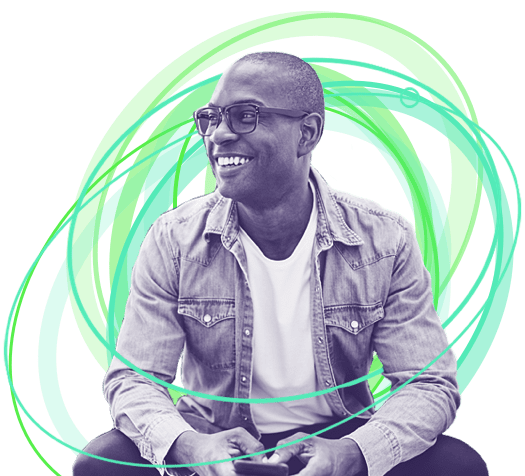 HR Departments are in the firing line of digital and social transformation. The 2018 AHRI National Convention highlighted the need for HR to shift gears and take on a leadership role. To do this, HR needs to break the bad habits holding it back from genuine progress and better business outcomes.

HR Professionals from around the world gathered at the AHRI National Convention last week to talk about the future of work.

So many insightful presentations and eye-opening ideas. In some ways, it felt less like a conference and more like a call to arms.

A single thread running through the sessions was the idea of repositioning HR - from a deer caught in the headlights of workplace transformation to a united professional body leading the way to better human-centered outcomes.

But how does HR take on this leadership role?

According to many of the presenters - it has a lot to do with what HR should stop doing.

As keynote speaker, Herminia Ibarra, so brilliantly pointed out:

So what are the habits HR needs to break? Here's a round-up of the top 7, gleaned from presentations across the conference.

In her persuasive keynote, Lynda Gratton asked us to drop the unhelpful and potentially damaging generational labels we insist on using.

Sure, millennials may want "meaningful work" but so does everyone else.

According to Professor Gratton, "age stereotyping is more endemic than gender stereotyping" - it can threaten diversity and lead to workplace inequality.

HR needs to understand that 60 really is the new 40. People are working for longer and this requires a flexible approach to recruitment and retention.

For example, if you're interviewing someone in their fifties and you see they've taken a year off - don't jump to negative conclusions. Gap years or "periods of recovery" are crucial, particularly when most of us will be working well into our 70s.

Instead of leaning on stereotypes, Gratton believes that HR professionals should strive to change perceptions and should help CEOs to "build a narrative about the future of work."

CHRO, Fiona Michel called for an end to 'HR-splaining' not only because it hinders communication but because it adds fuel to the fire of "Why we hate HR".

To recast itself in a more positive light, HR should stop all the jargon and simplify the language used in contracts, policies and other types of communication.

As an inspiring example of what's possible, Michel provided this visual leave policy created by the HR team at Aurecon.

She also shared this funny video demonstrating just how ridiculous jargon can be:

Other speakers were also on board with this keep-it-simple idea. In fact, some took an even more heretical stance asking HR to "burn the policies" and "break the rules'.

In his keynote, Peter Cheese supported these radical ideas as way to "put the human back into human resources."

Make your intranet a jargon-free zone. Use it to open a clear line of communication between leaders and employees.

Leadership expert, Herminia Ibarra, told the story of how her early lecturing style was falling flat with students. A colleague suggested that she needed to 'work the room'.

"But that's not me" she told him, feeling sick at the thought of performing - surely the content should stand on it's own?

Deciding to give it a try, she stepped out of her comfort zone to engage with her audience. The feedback was overwhelmingly positive. Acting in this new way, changed Ibarra's perception of her 'authentic self.'

Her story illustrates the challenges that HR professionals are facing right now.

They need to take action - trying fresh approaches and pushing the boundaries because as Ibarra says:

Dr Jason Fox, motivation design expert (and hilarious wizard-rogue), talked about the "rich pantomime of busyness" that governs so much of our working lives.

Fox says it's this curse of efficiency that can prevent HR from thinking strategically or from making meaningful progress. For example, this might mean defaulting to the comfort of 'administrivia' - writing policies, shuffling emails or compiling reports that no one reads.

Herminia Ibarra calls it the 'Competency Trap' - things that we're good at doing, so we keep doing them.

According to Amantha Imber (Innovation Psychologist at Inventium), we should also stop multi-tasking. She explained that it is actually 'task switching' and it can cause things to take 40% longer.

We did a fun exercise to prove it:

With your stopwatch on, write one word of Happy Birthday at the top of the page, then one number (counting backwards from 20) at the bottom - keep going until the song and numbers are complete.

Now try it again but this time write the whole song, then write the numbers. Which takes longer?

GreenOrbit is a intranet software that gets your people going and takes care of the 'busyness' around forms and policies, leaving you to focus on what matters.

5. Don't sit in your Ivory Tower

Another gem from Fiona Michel's presentation - she explained how important it is for HR to understand what's going on in the business as a whole.

Take time to get out of corporate headquarters and sit with customer facing staff to better understand their particular challenges. Do the work, if possible, in order to 'feel' what it's like.

It's also important for staff to see HR on the ground - not just during recruitment interviews or performance appraisals.

Meant as a message for HR, it applies equally to anyone who wants to succeed in the modern workplace.

Lynda Gratton extolled the virtues of lifelong learning - particularly in the context of an aging workforce. HR professionals can apply this to their own careers and can create a context in which learning is fundamental part of employee engagement.

To get yourself started, here are a few thought-provoking books (written by AHRI presenters):

Peter Cheese also highlighted the importance of becoming certified and "respecting ourselves as a profession" - a crucial pathway to staying in touch with the latest issues.

7. Don't miss the next AHRI Convention

Be sure to register for next year's AHRINC (in sunny Brisbane) - because who knows what changes will be afoot by then!

The world is moving at a breathtaking pace and this convention is a great way to catch up.

What would you add to this list of don'ts?

Feel free to expose your bad HR habits in the comments below.

GreenOrbit (formerly Intranet DASHBOARD) was proud to be an event sponsor of 2018's AHRI National Convention. We look forward to seeing you all again next year!

Using #Hashtags on your Intranet
October 28, 2022
Refresh Your Intranet
August 28, 2022
Focus on: The News Application
August 24, 2022
Shine a light on your corporate memory
August 11, 2022
How an intranet can help charities and not for profit organizations
July 5, 2022 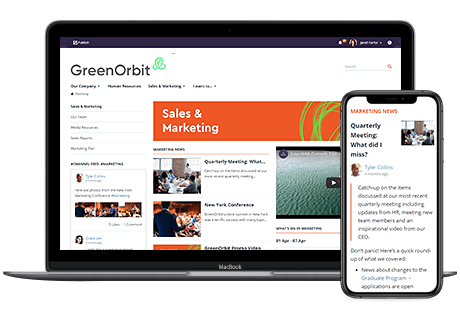